The best 50 cents I have spent so far… 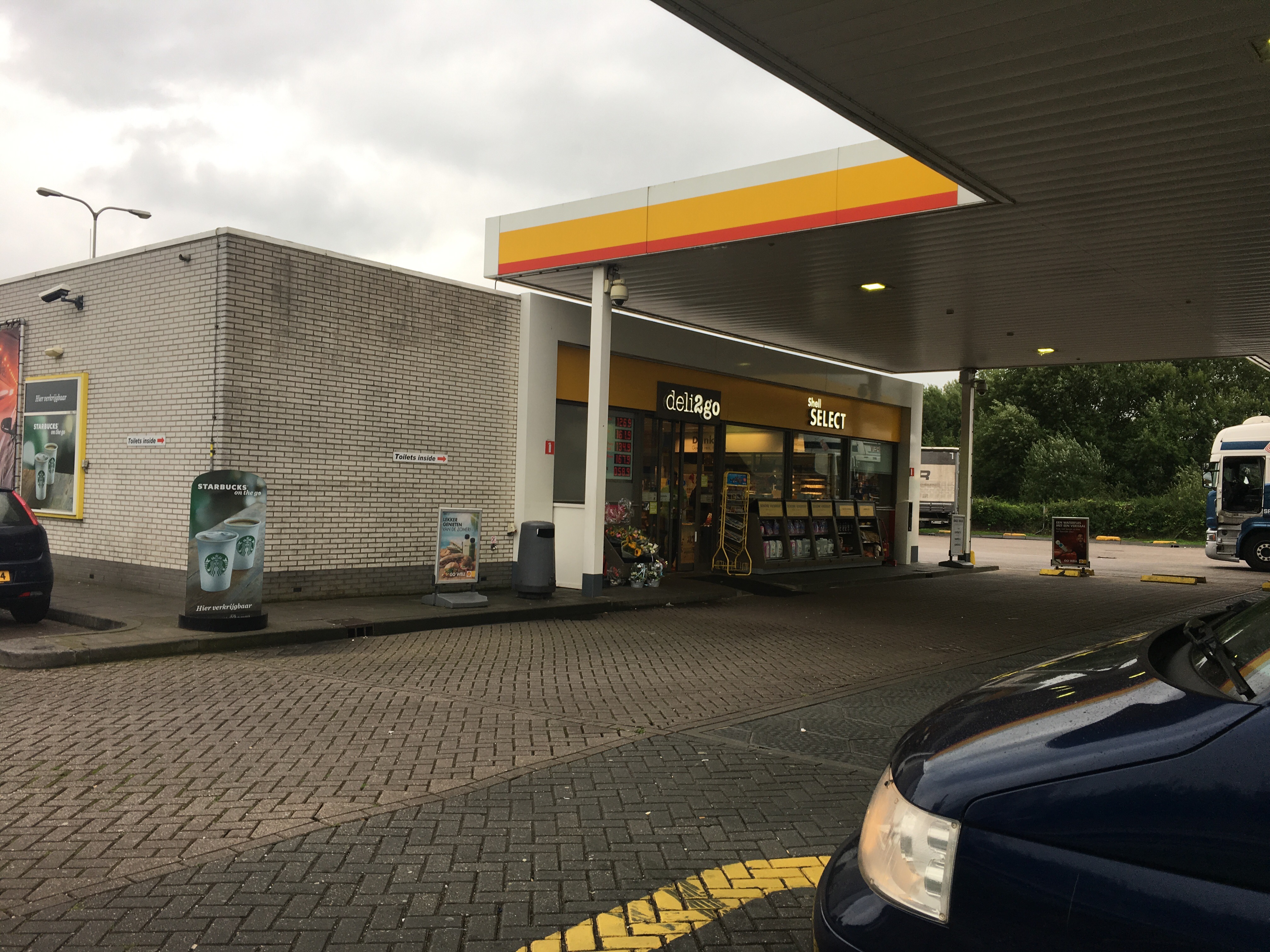 It doesn't look like much but this was like and Oasis in my world! For someone who is not a keen public loo user (are there many that are? And which, by the way, makes a festival followed by a road trip a little tricky), this place was like something out of my wildest dreams! Having waited until the point where I could barely walk from the car to the service station door and having been surrounded by bottles of urine which our sons had been filling steadily (#daughterbladderofanox) and fondly referred to as "warm apple juice", I was greeted by a sign saying 50 cents to pee (or whatever the equivalent is in Dutch!). I walked in expecting the worse and there before me was the most beautiful bathroom I think I have ever seen! My glasses may have been slightly rose tinted, due to said circumstances, but it was nigh on close to 5 star! It had walnut finished cubicles, was exceptionally clean and had a Villeroy and Bosch sink! Can I just say that again – A Villeroy and Bosch sink!! IN A SERVICE STATION!! Unfortunately, I didn't take my phone with me to take any photos, for fear of any kind of contamination or worse dropping it down the toilet. As it turns out I think I would have quite happily dropped it down this toilet. I did consider spending another 50 cents to go back in with my phone (not to drop it down the loo but to take photos) but unfortunately the road awaited along with screaming, hungry and tired children. I will however post a location on the map so if you are ever travelling down this road you can stop and see for yourself!